Montenegro is the first country in Europe without infected with coronavirus, it is equally the success of the state, its institutions, and each individual, as of today our country is also known on all meridians for the result it has achieved in fight against the invisible and unknown enemy, now we focus to preserve and recover our economy, jobs and standards of our citizens, and we will win this battle successfully, said Prime Minister Duško Markovic at a press conference held a day after the Public Health Institute declared that there are no more COVID – 19 patients in our country.

“On behalf of the Government and in my own name, I would like to congratulate everyone, who was on the first line of defence, namely: doctors, nurses and technicians, pharmacists and all health care employees; Members of the police, the security services and the Armed Forces of Montenegro, who took care for the application of measures and at the same time maintained order, peace and safety of every citizen; No less – and to all members of inspections, security services, postal officers, volunteers and employees of city services; Aircraft crews, airport services and transport workers; Employees in supermarkets and shops, who provided services on a daily basis, not allowing scenarios of endless lines, empty shelves and discomfort in our homes. I voice my due gratitude to the educators, who ensured the continuity of teaching and responded to my request, for organising the curriculum outside the classroom and from home. Therefore, our children finish school in 15 days, and do not repeat the school year! I show respect to all of you who were in quarantine and self-isolation, and to all of you who stayed at home and respected the measures and recommendations in every way – because that is how you saved yourself from others and others from yourself; This is an opportunity to say that there are more than five thousand individuals and companies that have recognised the need and made donations. And we have saved every euro attached, and from that money we will build clinics, which will serve our society and the public health! We owe gratitude to journalists and the media – because you informed about everything objectively and in a timely manner; I am grateful to the officials in the state administration and the members of the operational staffs, who demonstrated an ability to make the right decisions quickly and implement them with the necessary precision. I would also like to thank the PR team that made itself available to the Public Health Institute. Our institutions did not wait for the orders, but from the very first moment stood in defence of the citizens, their lives and health. That is the best answer to the criticism that reluctance and ignorance are living in our institutions, and the best confirmation that the state and citizens have someone to rely on,” the Prime Minister said at a press conference, broadcasted live by Montenegrin televisions.

The result we can be proud of binds us

The Prime Minister noted that we can be proud of the result, but that it obliges us to continue with a responsible attitude, in order to overcome the consequences of the economic crisis that hit us and prevent a new wave of epidemics if it occurs.

The Prime Minister pointed out that this result did not come by itself, on the contrary, and reminded of the way in which our country has opposed the pandemic in recent months.

“Let me note that the National Coordination Body met practically every other day and held 35 sessions, at which 69 orders were passed. That Montenegro managed to be – the last country in Europe where Covid – 19 was registered, without introducing of a state of emergency, and without curfew. And to be the first country in Europe to defeat it. Our strategy is to always be one step ahead. We reacted to the first appearance of the virus in European countries. Let me remind you, the first measure was adopted on 9 January, and the first restriction for passengers in international traffic on 15 January, i.e. two months before the registered case of the disease. By timely formation of the National Coordination Body, we have ensured unified crisis planning, unified coordination of institutions and timeliness in informing the public,” said the Prime Minister.

Prime Minister Duško Markovic reminded that Montenegro did not close the borders for our citizens, it provided sufficient medical equipment and protected all those who were exposed to immediate danger.

“In that way, we relieved our health care system. That was our main goal – not to fill hospitals with patients. We decided to stop the virus at the borders of Montenegro. And on the internal level – not to allow it to infiltrate into our homes. That is why we succeeded,” said Prime Minister Duško Markovic.

The Prime Minister recalled of the two adopted packages of economic measures and announced the third one, which is directed towards recovery of our economy and the assistance to entrepreneurs and citizens.

Opening of borders soon and another easing of measures

Prime Minister Duško Marković announced the opening of borders, first for the citizens of those countries that are successfully dealing with the coronavirus.

“As of today, the National Coordination Body for Communicable Diseases, with its eight operational staffs and over a hundred people involved in depth, has the task of finding the best solutions that will enable the start of our economy, that will open borders and enable arrival of tourists, as well as to further mitigate measures, which will have an impact on the internal situation and life of citizens. Our intention is to open kindergartens, preschools, playrooms, bishops and theaters as early as next week; To enable a limited audience to follow sports events, while respecting the protection measures. Christenings, weddings and family celebrations will be allowed – also with health and security measures and restrictions on the number of attendees. And in accordance with the assessment made, the opening of borders with countries that meet the appropriate epidemiological criteria of the Public Health Institute, is expected in the first days of June. Currently, it reads a maximum of 25 patients per 100,000 inhabitants and the first countries with which we will open the borders are: Croatia, Slovenia, Austria, Germany, Poland, Czech Republic, Hungary, Albania, Greece and possibly some countries in the region until the order is passed and entered into force. Global trends also pointed to the expansion of the circle of countries to which we could open the border. This will start our aircraft and air industry, encourage our tourism and enable work in related activities,” the Prime Minister stated.

Montenegro is today recognised as a Corona Free country

Prime Minister Duško Marković concluded that today the Corona Free status is the emblem of Montenegro on all meridians.

“As of today, Montenegro is special regarding the result it has achieved in the fight against the invisible and unknown enemy. Therefore, I once again congratulate the National Coordination Body on the excellent and strategic management, during the coronavirus epidemic. Today, we are already in the field of preserving and recovering our economy, preserving jobs and the standards of our citizens. I assure you that we will win this battle, as successfully, as we won the previous one to preserve the health and lives of our citizens. Let’s be responsible and in solidarity for the good of our Montenegro,” Prime Minister Duško Marković concluded at the press conference.

Partnership with citizens was the most important thing

Answering journalists’ questions, the Prime Minister emphasised that there was nothing we could have done, that we did not do. The most important decision is considered by the Prime Minister to be the visionary approach of our health system and especially the Institute of Public Health, which gave the first recommendations about two months before the first registered case in our country. The Prime Minister also assessed, the successful organisation of quarantine and self-isolation, as important.

The Prime Minister highlighted that the partnership with the citizens showed to be the key orientation. In support of that, he stated that Montenegro is a country that had among the highest degrees of freedom for citizens. “We have made the best decisions. This is a common result of both, the institutions and the individuals in them, and the citizens who have followed all these recommendations. And that is why we have the opportunity to celebrate today,” said the Prime Minister. He added that he did not propose a state of emergency, nor would he propose it in some new circumstances, because it turned out that Montenegro has the institutional capacity and that the citizens have shown loyalty and discipline. 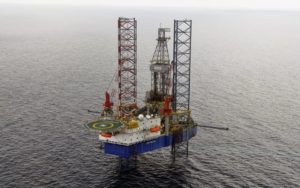 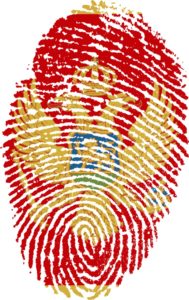 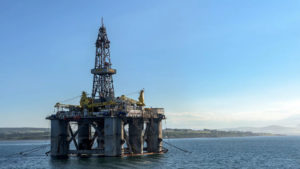 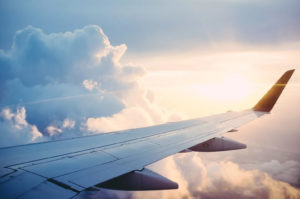